2018.08.10 Memories of the sea route that connects Honshu and Shikoku 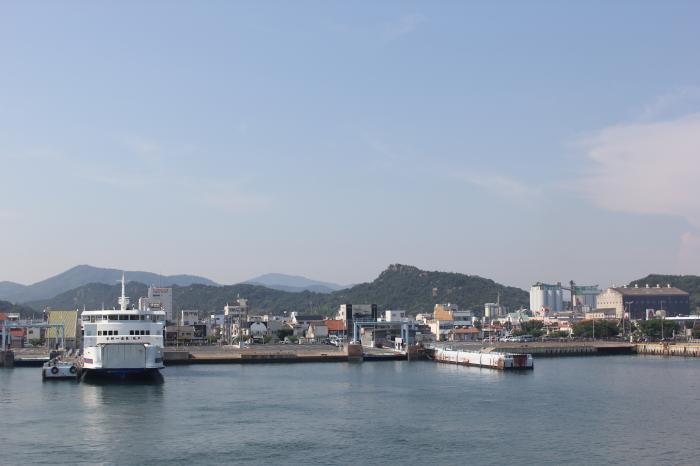 Uno Port, located in Tamano City in Okayama Prefecture, is one of the main ports of the Setouchi Islands, as well as a venue for the Setouchi Triennale. Uno Port has been playing an important role as the sea route that connects Honshu to Shikoku.
In 1910, when Japanese National Railways (currently the Japan Railway Company) opened the Uno Line, running from Uno to Okayama Station, at the same time, the Utaka Sea Route connecting Honshu to Shikoku was also established.
Since then, the Utaka Sea Route has become essential for travel between Shikoku and Honshu.
In addition to the Utaka Ferry managed by Japanese National Railways, there were also privately run ferries that serviced the Utaka Sea Route. It is said that in Uno Port’s heyday boats were constantly coming and going, with over 140 ferry services a day.

Thanks to these frequent sailings, there was no wait to ride the ferry from the harbor in those days, aside from delays due to bad weather. In this way, the Utaka Sea Route was utilized for travel in the same way as a land route. 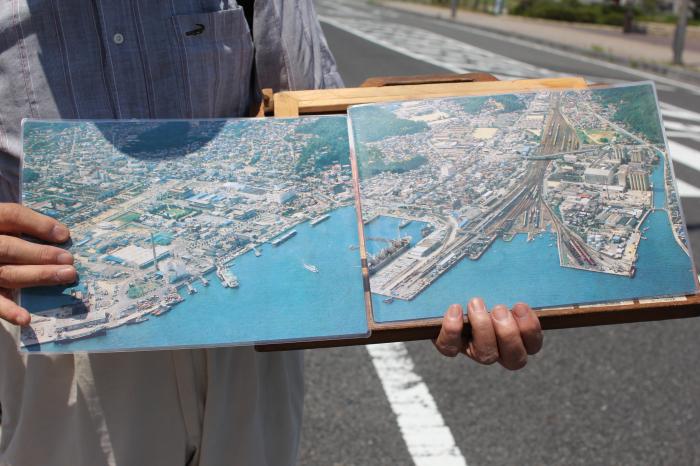 Before Uno Station was moved to its current location, it was positioned much closer to the harbor. At that time, there were numerous railway tracks for freight trains laid out within the station, which stretched all the way to the harbor.

To learn about what Uno Port was like during that time, I asked Katsuyoshi Moritera of the “Tamano Tourism Volunteer Guide Azaelea Group”, who had kindly arranged a collection of photos from that period. 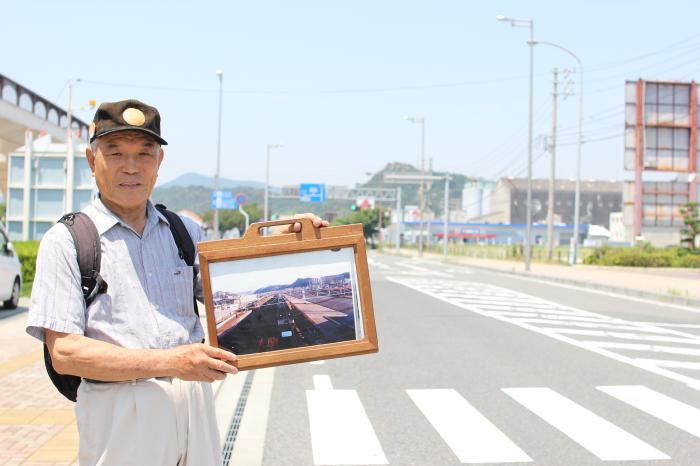 Heading toward the harbor, we walked a few 100 meters from the current Uno Station building to this paved road where Mr. Moritera is standing.

There, he showed me a picture of the same location in the old days, crisscrossed with the railway tracks of Uno Station.
“The mountains in the background are the same today as they were back then. If you look at this picture, you can easily see that there were once railway tracks laid out even here where we are standing”, explained Mr. Moritera.
The tracks stretched all the way to the harbor, allowing cargo to go straight from the freight trains to the ships.
Some ships even had railway tracks in their cargo loading bays.
Looking at a photograph Mr. Moritera had taken at that time, I could see that there were brown colored tracks stretching across the bay where passenger cars are loaded into the ship now. 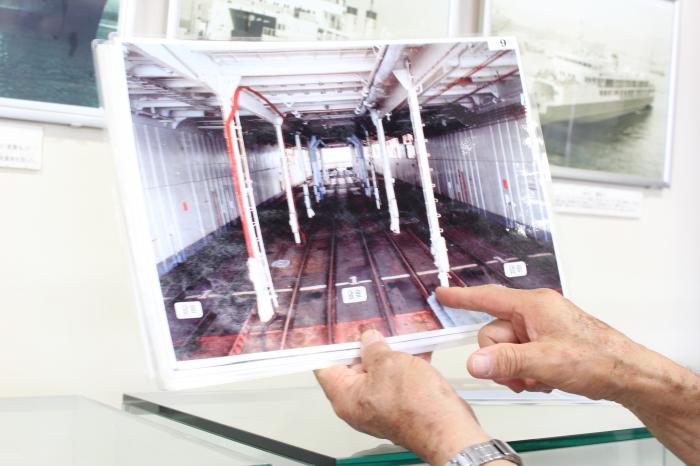 The Utaka Sea Route was not only used for shipping cargo, but it was also an important means of transportation for many people.
“In the evening when a train arrived at Uno Station, it was a common scene to see people come rushing onto the ferry in hopes of finding a good seat”, Mr. Moritera said, reminiscing about those days.
Thanks to the Utaka Sea Route, there were many people who crossed the ocean from Takamatsu City, in neighboring Kagawa Prefecture, to work in Okayama.
Also, there is a large shipyard in Tamano City, where many people gathered to commute from Takamatsu City by ferry.
The shopping arcade that stretches out in front of Uno Port was bustling with hotels for passengers who could not return home in bad weather due to ferry service suspensions, as well as dance halls and bars enjoyed by young laborers.

The Utaka Sea Route and town of Uno were at their most vibrant between the 1950s and 1970s.
For women who lived in Uno at that time, being a member of the cabin crew of a ship was as admirable as being an airline cabin attendant.
Women who worked in those days as cabin crew members are currently in their 60s and 70s, and many continue to live happily in Uno Town.
Mr. Moritera himself had also ridden the Utaka Ferry to Takamatsu with his mother when he was young.

On the day he had gone to Takamatsu with his mother, she would barter the clothing items she had brought with her for rice and wheat, and return to Uno with a large quantity of food.

When Mr. Moritera grew older, the Utaka Ferry became not only a means of transportation, but a place of amusement as well.
The ferries began to be used as summer pleasure boats.
The interiors of these ferries were decorated as if for a festival, and passengers could listen to live music while enjoying food and drink. “It was just like being in a beer garden on the sea”, said Mr. Moritera with smiling eyes.

In 1988, when the Seto Ohashi Bridge and Japan Railways’ Seto-Ohashi Line were opened, the Uno Route’s mission as the main transportation link connecting Honshu and Shikoku came to an end.
Even though the number of sailings has diminished, private ferry service on the route continues. While there is only one ferry company currently in operation, it is still popular among the people as an important transportation route. 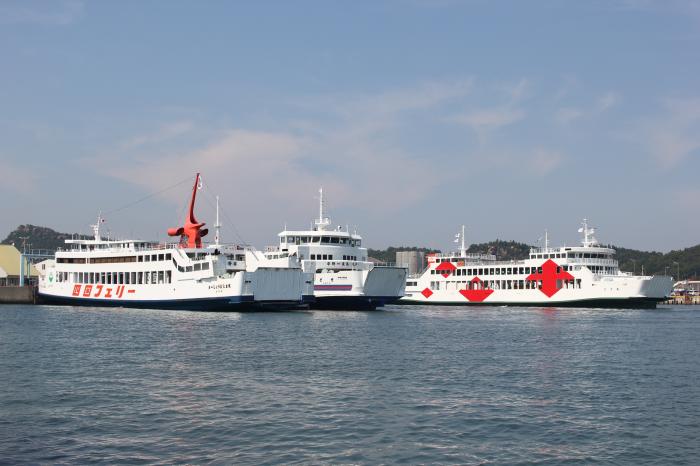 Tamano City is currently engaged in activities to reaffirm and protect the role of Uno Port as a ferry town.

This movement is called the “Uno Port: Ferry Town Project”.
This project aims to create an archive of ferries, bringing the global history of maritime transportation to light. In addition, events such as a photo contest and investigative research are being conducted in hopes of rebranding Uno Port as a ferry town.

Uno Port will pair with Takamatsu Port to form the “Mother Port” of the Setouchi Triennale 2019.
Even as it changes its shape to adapt with the times, Uno Port has never forgotten its history as a ferry town, and it continues to play an important role in the everyday lives of the people to this day.