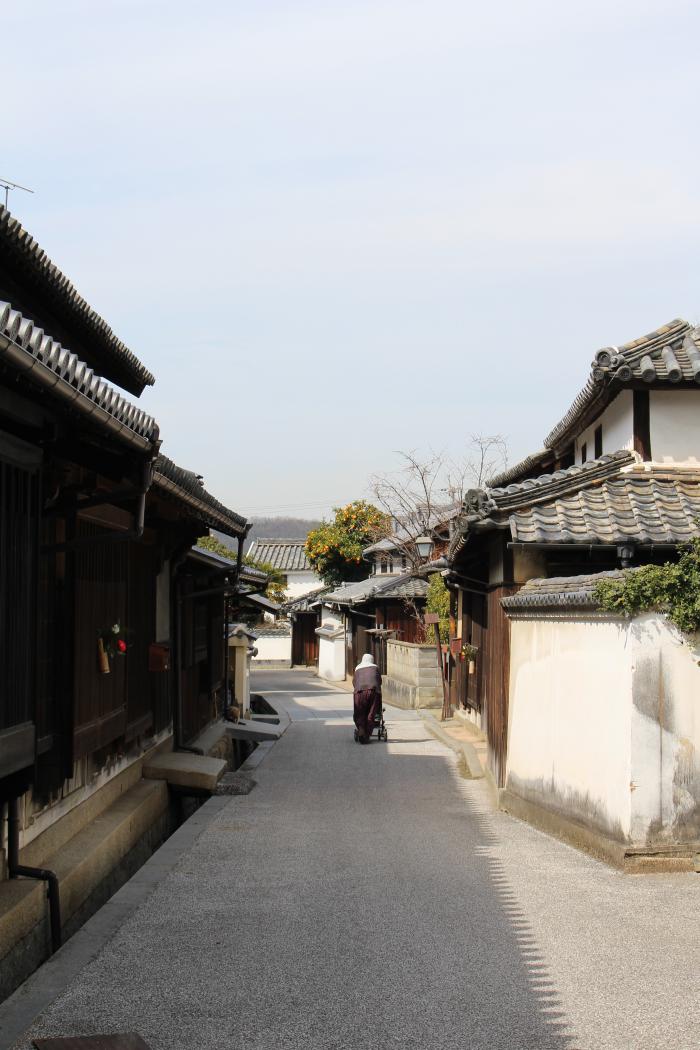 Exploring Honjima is like stepping back into Japanese history.

A 35-minute ferry ride from Marugame Port, Honjima is located at the center of 28 islands known as the Shiwaku archipelago.

From the 16th to mid-19th centuries, it was also the center of the Shiwaku Suigun, a powerful maritime force that controlled this part of the prosperous trade route through the Seto Inland Sea. Although the waters of that sea look pretty calm, they’re riddled with strong currents that require a high level of skill and knowledge to navigate.

Shiwaku mariners and cargo merchants had what was needed, and Japan’s land rulers depended on them.

When Japan opened up to the world in the mid-19th century, it was Shiwaku sailors and navigators who manned the first Japanese ship that crossed the Pacific to America. From Honjima Port, it’s a 10-minute walk to the Shiwaku Kinbansho, the former government office which is now a museum.
The building dates back to 1798 and is the only Kinbansho office left in Japan. It holds such rare artifacts as letters bearing official seals from Toyotomi Hideyoshi and Tokugawa Ieyasu, two leaders who were instrumental in unifying Japan in the late 16th and early 17th centuries, as well as relics used by the local sailors who first crossed the Pacific. Just a short walk from the Kinbansho museum is the historical Kasashima district.
The well-preserved buildings, many of which date back several centuries, are exquisite examples of traditional Japanese architecture as well as of the fine workmanship of the Shiwaku shipbuilders, who were also excellent house carpenters. The stately façades of the wealthier homes testify to Honjima’s role as a prosperous center of trade and shipbuilding.

Three of the buildings are open to the public while one residence, which dates back 210 years, has been converted into lodgings for overnight guests. Walking along the stone paved streets is like slipping back in time. During the Edo period, plaster reliefs known as kote-e became popular as beautiful accents on buildings.
Kote means trowel and e means pictures, and the reliefs were molded by expert plasterers from wet mortar and then painted with colored lacquer.
As can be seen by the relief of daikokusama, the god of wealth, in the photo above, the art of plaster reliefs was well-developed in Honjima, too.
Under the eaves of this same house is a relief of okame-san, a woman with a comical face.
As a modern touch, the eyes in both reliefs were inserted with lightbulbs which not so long ago used to glow in the dark. 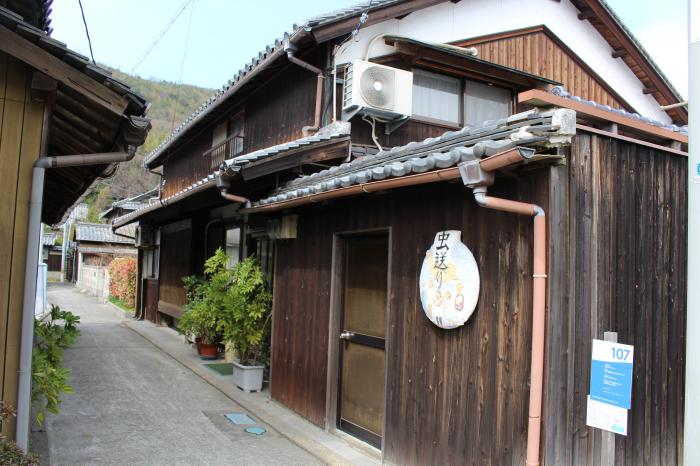 One of the Setouchi Triennale artists, Kazuko Murao, took this traditional art form as the theme for "A Project of Signboards of Shikkui and Kote".
She interviewed the islanders about their history and traditions, then molded scenes from these stories into reliefs that reflect the island’s past prosperity.
See if you can find all seven of her plaques which are scattered on homes and shops around the town. In addition to the Kasashima district, there are many other historic buildings still intact on the island, including the old Kogarasu Shrine and the little wooden theater Chitose-za, which was built on the shrine grounds in 1862. From there, you can gaze out on a wonder of modern engineering—the Seto Ohashi, a series of bridges that joins Shikoku to the main island.