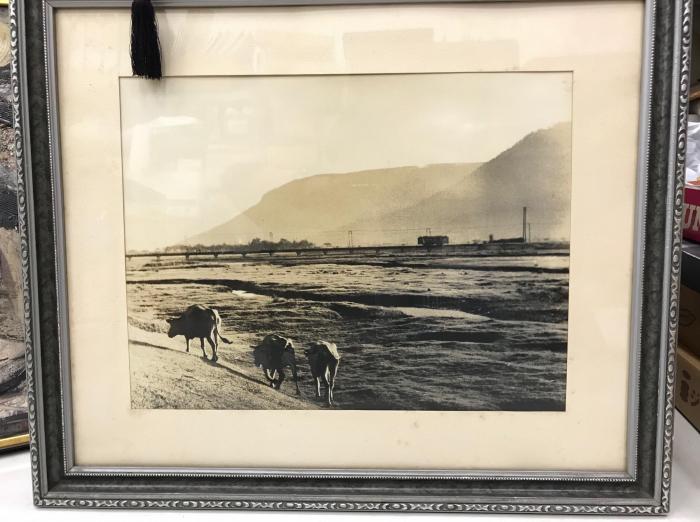 The Setouchi Triennale began in 2010. One of the works that year was Akinori Matsumoto’s “Sound Scenes in Ogijima.” The installation was set up in what was once an ox shed, and traces of the stall dividers could still be seen. Although you will find no oxen on Ogijima now, there was a time when many households kept one or two . 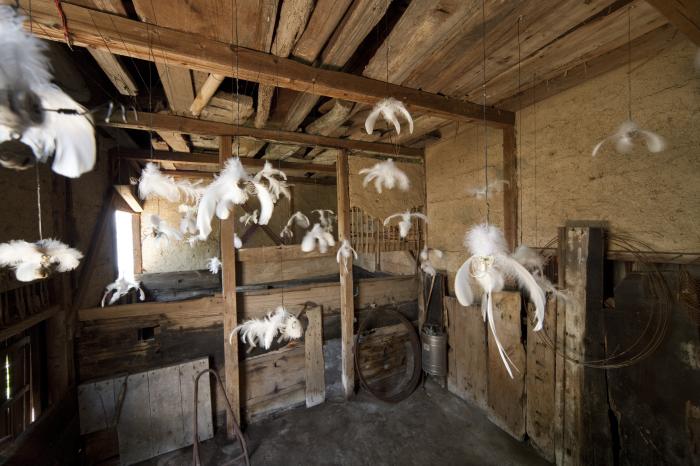 About ten years ago, one of the islanders told me it used to be the children’s job to take care of the oxen. Every morning, they would lead their family ox west from the village, which is on the island’s south side, and follow the trail that circles Ogijima to a place on the north side, where there was a relatively wide space. Ordinarily, this would take 20 minutes, but because they were leading the oxen, it took longer. There, the children let the animals loose and cut grass and weeds for them to eat. Ogijima is such a small island, however, it must have been hard to find enough fodder to feed them. At night, the children led the oxen back to their sheds and prepared a miso-flavored mash from boiled squash, sweet potatoes, and wheat for them to eat. 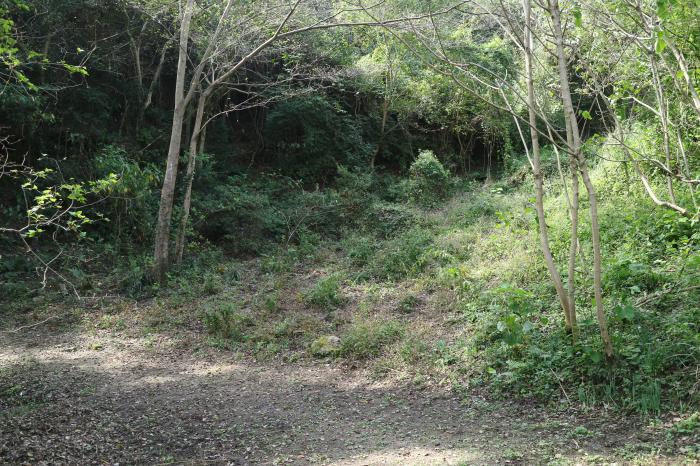 Many Ogijima families had a small shed to keep oxen. Sundried “moba” or algae was spread in the stalls instead of straw, and it had to be changed regularly. The soiled bedding was used on the fields as fertilizer. Of course, it was the children’s job to spread fresh bedding and muck out the stalls.

During the spring and fall at the peak of the farming season, Ogijima oxen left the island for about half a month. A special “ox ferry” came to take them to Takamatsu and neighboring towns like Shido where they helped till and harvest the fields.
At the end of each season, they were returned to the island much thinner than when they had left, an indication of how hard they had worked. Some balked when they saw the “ox ferry,” perhaps because they associated riding on it with the hardship they had endured. The boat was also loaded with wheat in spring and rice in the fall as payment for use of the oxen. 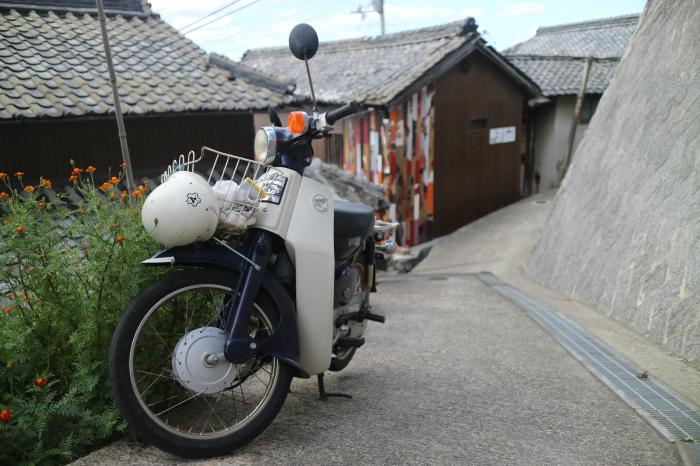 Known as “kariko-ushi” (borrowed plow ox), this custom of borrowing oxen in exchange for part of the harvest was common in Kagawa, which was covered in densely cultivated plains. A large number of oxen were needed to till the farm fields and rice paddies, but not every farmer had enough fodder or land to support draft animals. In addition, many farmers double-cropped wheat and rice. This meant that they tilled their fields at different times from farmers who grew only rice, making it possible to share the use of draft animals. It was factors like these that contributed to the spread of the “kariko-ushi” custom in Kagawa.

Ogijima was not the only island that kept oxen specifically to rent to farmers on the plains of Kagawa. Neighboring Megijima did, too. It is virtually impossible to grow rice on Ogijima because there is almost no flat land and no place to build a large irrigation reservoir. By keeping oxen to rent out for certain periods of the year, the islanders could get rice and wheat in exchange. And it was the island children who made this possible by taking care of the oxen. 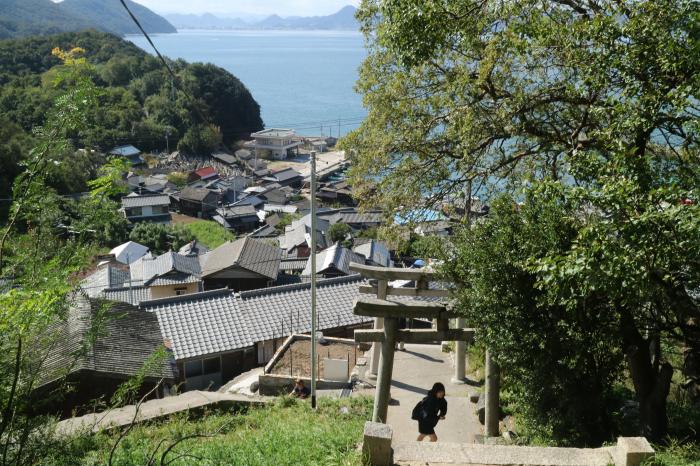 Many people who visit Ogijima enjoy climbing up the hill to gaze down at the village from Toyotamahime Shrine at the top. If you make that climb, look down and imagine children walking along the steep, narrow lanes, taking the oxen to pasture. You’ll get a glimpse of a way of life that no longer exists on Ogijima.